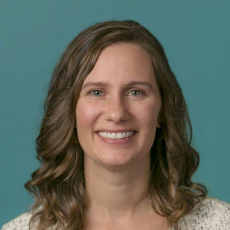 Katie joined the Science Center in 2018. As Director of Government Affairs and Public Policy, Katie is responsible for overseeing our government advocacy efforts at the city, state, and federal levels and all public fundraising. In her role, she keeps our elected and appointed leaders in the loop on what’s going on at the Science Center and secures public grants and contracts on behalf of our programs.

Katie brings to the Science Center 15 years of experience in nonprofit and government public engagement, policy development, program management, PR, communications, and marketing. Before coming to the Science Center, she served as Director of Public Engagement for the Pennsylvania Treasury Department, where she helped launch the Keystone Scholars universal at-birth higher education savings program and helped coordinate the Treasurer’s Task Force on Private Sector Retirement Security. She also held positions at the New York Lottery, the New York State Assembly, and the University of Penn.

Katie holds a BA in Anthropology from Haverford College and an MPA from the Fels School of Government at the University of Pennsylvania. Her hometown is State College, PA but she and her husband Erik now reside in West Philly.

When Katie isn’t at the Science Center, you can find her performing improv comedy, gardening, and quilting.