Our environments surround us with sounds, sometimes so subtle that the human ear has become desensitized to them. These sounds range from unintended noises such as the sound of scratches on a vinyl record to the sounds we hear in our domestic environments like the dishwasher going through a cycle of cleaning in the kitchen. Exploring these natural acoustic presences has long been an area of interest for artists. A few notable examples of artists using sound as medium are: Christian Marclay, is a pioneer of incorporating unintended sounds in his compositions and performances who rethought the music in its acoustic and physical capacities. Martha Rosler, in Semiotics of the Kitchen, with a feminist punch used the sound of language to portray human qualities of rage and frustration under domestified oppression. Similar to Rosler’s use of a whisk or a knife as part instrument, we see often artists and performers blurring the definition of an instrument by using odd objects to create sounds that one would normally hear from a traditional instrument: scratching a dust pan on a concrete floor to make it sound like a french horn. This shift in expectation of the familiar object and mimicry lends to new understandings of the boundaries between an instrument and its operator. The Speaking Piano is a great example of that shift, where a piano is programmed to sound not like a piano but the human voice of its operator.

Martha Rosler - Semiotics of the Kitchen 1975 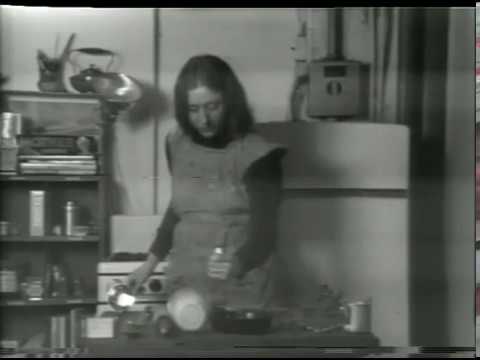 Martha Rosler, "Semiotics of the Kitchen" 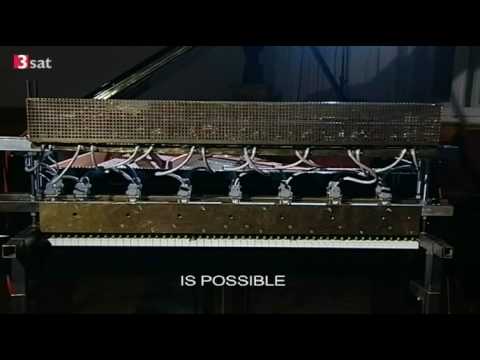 Over the past three months in the Integral Molecular lab, Laura has also been paying careful attention to a range of sounds in the environment of the lab and has been doing recordings of robots, shakers, and rockers, not only to capture the process in the act, but also think about the sounds as abstract artifacts. Listening to the tracks alone, without witnessing the act expands the possibilities of the imagination:

Laura will share the results of her research and experiments as an exhibition at the Esther Klein Gallery of the Science Center next year.

Stay tuned for more updates in the next few months. Next week we will be welcoming our next Artist Resident, Deirdre Murphy.

Read more from the bioart blog

Built with by P'unk Avenue