Celebrating the visionaries who invented our region’s future.

Innovators Walk of Fame (IWOF) honors the rich tradition of discovery and innovation in the Greater Philadelphia region. The Science Center recognizes innovators whose groundbreaking contributions have revolutionized our local, regional and global landscape.  Launched in 2013 to mark the Science Center’s 50th Anniversary, IWOF is located at Innovation Plaza, a pocket park along 37th Street between Market and Chestnut.

"The best way to predict the future is to invent it."

The Innovators Walk of Fame is presented by Wexford Science + Technology, LLC, A BioMed Realty Company. 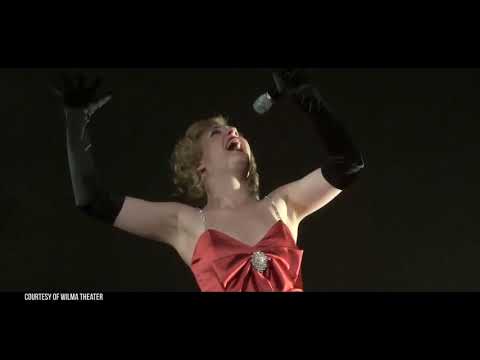 When French-born chemist Eleuthère Irénée du Pont built his gunpowder mills on the banks of the Brandywine River in Delaware in the early 1800s, he sowed the seeds of scientific exploration that became the hallmark of the DuPont company. E.I.’s legacy lives on through pioneering DuPont technologies. Products like Nylon, Teflon, Corian and Kevlar have transformed safety, fashion and agriculture – and created thousands of jobs around the globe. DuPont’s employees have transformed their company successfully for two centuries, making DuPont one of the most successful and sustained industrial enterprises in the world.

The biotech sector was in its infancy when Hubert J.P. Schoemaker co-founded Centocor in 1979. Buoyed by his vision and leadership, the Dutch-born Schoemaker helped put Philadelphia on the map as a biotech center. Centocor, one of America’s first biotech companies, created thousands of jobs while improving the lives of millions of patients suffering from auto-immune diseases such as rheumatoid arthritis, psoriasis and Crohn’s disease. Centocor’s signature product, Remicade, continues to be a top-selling drug for parent company Johnson & Johnson. Schoemaker was a luminary in Philadelphia’s life sciences industry. Generous with his time and talent, he energized people as he translated complex science into marketable business propositions. Greater Philadelphia owes much of its success as a biotech center to Schoemaker’s ambition and drive as an immigrant entrepreneur. Sponsored by Janssen Pharmaceutical Companies of Johnson & Johnson

Self-described as “Nigerian by birth but American by choice,” Osagie Imasogie is leaving a deep mark across the life sciences industry and civic community in Philadelphia. He’s a co-founder of Phoenix IP Ventures (now known as PIPV Capital) and Ception Therapeutics, Inc., the founder of Trigenesis Therapeutics, Inc., founding Vice President of GlaxoSmithKline Ventures, Executive Chair of Iroko Pharmaceuticals, Chair of iCeutica, Inc., and a Trustee of the University of Pennsylvania. The common thread connecting his diverse roles as serial entrepreneur, investor, attorney, pharma exec, and civic leader? A passion for innovation, entrepreneurship and Philadelphia! Through his vision, investments and advocacy, Osagie has been responsible for numerous successful ventures. Along the way, he’s encouraged entrepreneurs to embrace risk, change and diversity. Sponsored by the University of Pennsylvania

Over the course of his career, the Indian-born Krishna Singh has had a wide-ranging impact on energy technology, nanotechnology and economic development. Over 120 nuclear plants around the world employ systems and equipment developed by his company Holtec International – many based on Singh’s patents. His commitment to advancing nanotechnology research led to the creation of the Krishna P. Singh Center for Nanotechnology at the University of Pennsylvania. Thanks to Singh’s desire to strengthen communities, Holtec located its 50-acre Technology Campus in Camden, New Jersey – creating jobs and providing economic hope for a distressed city. Sponsored by the University of Pennsylvania

Israeli-born chef and restaurateur Michael Solomonov staked his culinary claim with landmark restaurants Zahav, Federal Donuts, Percy Street Barbecue and others. The impact of Solomonov’s recent venture, Rooster Soup Company, extends far beyond the plate. A partnership between Federal Donuts and Broad Street Ministry’s Hospitality Collaborative, Rooster Soup Company provides meals, counseling, and medical and legal aid to the city’s homeless and food-deprived communities. Named Outstanding Chef by the James Beard Foundation in 2017, Solomonov’s irreverent and creative flair, along with a humanitarian ethic, has greatly enlivened Philadelphia and contributed to the well-being of its residents.

In the midst of the Cold War, 21-year-old Blanka Zizka packed enough clothes for a week, boarded a train with her then-boyfriend Jiri and defected from communist Czechoslovakia. Along with her meager possessions, she brought along a love for the theater and the arts. Once safely in the U.S., Blanka and Jiri, now married, took an entrepreneurial approach to the arts as they grew The Wilma Theater from a small feminist experimental troupe into one of Philadelphia’s most respected cultural institutions. Considered one of the American theater’s leading lights, Zizka’s bold vision has firmly established the Wilma’s national standing as a theater committed to ambitious works from the contemporary international repertory rarely seen elsewhere in the United States.

The 2015 class of the Innovators Walk of Fame honors and celebrates the female innovators who have transformed the world with their ideas, inventions, and creativity.

2015 Honorees of the Innovators Walk of Fame 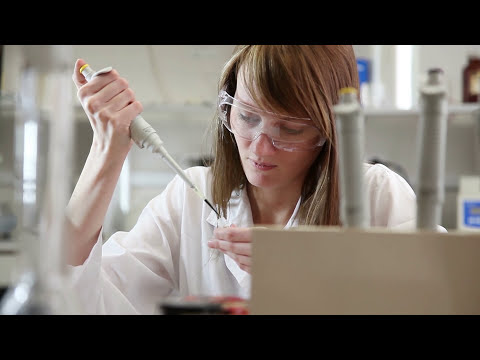 Rebecca J. Cole, a Philadelphia native, overcame gender and racial obstacles to become the second African American woman to receive a medical degree in the United States. Dr. Cole graduated from the Woman’s Medical College of Pennsylvania in 1867—just two years after the Civil War ended. Dr. Cole went on to practice medicine in South Carolina before returning to Philadelphia, where she pioneered access to medical care and legal services for impoverished women and children by opening a Women’s Directory Center. Sponsored by Drexel University

Stephanie Kwolek invented the technology behind Kevlar, a virtually bulletproof fiber that has saved the lives of countless first responders and military personnel. Five times stronger than steel, Kevlar is a groundbreaking material best known for its use in bullet-proof vests. Today it can also be found in products ranging from space suits to storm shelters. An industrial chemist at DuPont in Wilmington, Delaware, during the 1960s, Ms. Kwolek was one of the few women in her field at the time.

A pioneer and innovator throughout her career, Judith Rodin was the first woman named to lead an Ivy League institution and is the first woman to serve as The Rockefeller Foundation’s president. While President of the University of Pennsylvania, Dr. Rodin spearheaded leading-edge programs that engaged the campus with the surrounding community and provided a model that is replicated today by other universities, nationally and internationally. Sponsored by the University of Pennsylvania.

When Inc. Magazine named Judy Wicks one of America’s 25 Most Fascinating Entrepreneurs, they said “she put in place more progressive business practices per square foot than any other entrepreneur.” Her West Philadelphia restaurant, White Dog Café, became a leader in the local food movement and built a national reputation for community engagement, environmental stewardship, and responsible business practices. A founder of the Sustainable Business Network of Greater Philadelphia and co-founder of the International Business Alliance for Local Living Economies, Wicks is an activist and a pioneer who is dedicated to building a more compassionate, environmentally sustainable, and locally based economy. “Business is beautiful,” Wicks says, “when it’s a vehicle for serving the common good.”

In 1946, six brilliant young female mathematicians, working secretly for the U.S. Army’s World War II efforts at the University of Pennsylvania, programmed the first all-electronic, programmable, general-purpose computer, the ENIAC. No programming tools or language existed at the time. Yet, Kathleen McNulty Mauchly Antonelli, Jean Jennings Bartik, Frances Elizabeth Holberton, Marlyn Wescoff Meltzer, Frances Bilas Spence, and Ruth Lichterman Teitelbaum learned to program without manuals or courses, using only logical diagrams. When ENIAC debuted in 1947, it ran the ballistics trajectory programmed by the six women in mere seconds, and changed the world. Sponsored by the University of Pennsylvania.

The inaugural class of the Innovators Walk of Fame recognizes innovators in the STEAM categories of Science, Technology, Engineering, Art and Math – as well as a Corporate STEAM Champion. “The future of innovation will rely on a talented workforce that is well versed in the STEAM subjects,” says Science Center President & CEO Stephen S. Tang, Ph.D., MBA. “Recognizing an innovator in each of the STEAM categories highlights the diverse sectors that make up our region’s larger innovation community and helps tell our innovation story.” 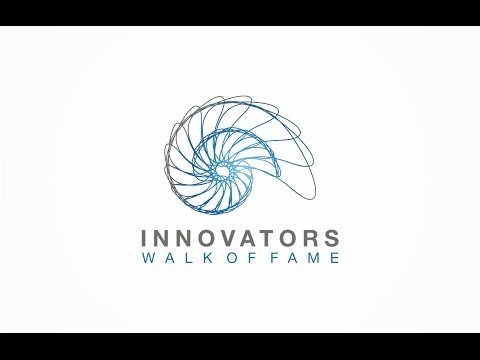 Britton Chance, M.D., Ph.D., D. Sc., was a leader in biochemistry and biophysics focusing on the physics of electronics, radiation and developing noninvasive optical devices used in medicine. Long associated with the University of Pennsylvania, Dr. Chance’s innovative and impactful research was world-renowned in transforming theoretical science into useful biomedical and clinical applications. Sponsored by the University of Pennsylvania.

The explosion of digital technology that defines our lives today began with the invention of the Electronic Numerical Integrator and Computer or ENIAC as it was known, the first general-purpose electronic digital computer. ENIAC was created by John W. Mauchly and J. Presper Eckert, Jr. at the University of Pennsylvania’s Moore School of Electrical Engineering. Sponsored by Fox Chase Bank Charitable Foundation.

The U.S. helicopter industry took flight thanks to Frank Piasecki. Born in Philadelphia, Piasecki was an aeronautical/mechanical engineer, pilot and pioneer in the development of transport helicopters and vertical lift aircrafts. His tandem rotor helicopter, known as the “Flying Banana,” was a significant advancement at the time, and was critical in transporting troops and supplies during wartime. Sponsored by Pennoni Associates Inc.

Buckminster Fuller, the inventor of the geodesic dome, exemplifies the innovation and discovery that takes place at the intersection of art with science, technology, engineering and math. Fuller was World Fellow in Residence at the Science Center in the late 1970s and early 1980s.

When John Backus began his career in the early 1950s the computer science field did not yet exist. Inspired by a desire to simplify computer programming, Backus assembled and led the IBM team that developed Fortran, for years one of the best known and most used programming systems in the world. Backus was born in Philadelphia and raised in Wilmington, Delaware. Sponsored by EisnerAmper LLP.

Lockheed Martin gives employees and educators the opportunity to interact with the next generation of engineers and technologists, by serving as local school advisors, extracurricular activity mentors and career role models for students.

Questions about the Innovators Walk of Fame?

Support the Innovators Walk of Fame

The Science Center relies on the generous support of its donors to deliver innovative programs like the Innovators Walk of Fame. Your tax-deductible gift helps us move ideas forward.
Donate now

Built with by P'unk Avenue