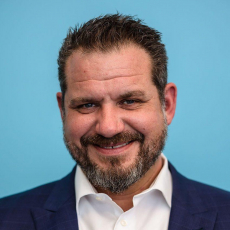 Heath has been a part of large scale national and international technology transfer, commercialization, and fund creation efforts for nearly 20 years. Recent work includes serving on the NIH RADx Initiative on the External Commercial Partnerships team. Internationally he has served as a subject matter expert and key advisor for the European Investment Fund and for nearly a decade he led the US Department of State GIST (Global Innovation in Science and Technology) program focused on country building efforts in more than 130 countries by advancing economic development efforts through the translation of research to commercial outcomes in conjunction with capital development and deployment.

Heath is active in the investment space as an accredited investor himself and an active participant in the Angel Capital Association as well as other relevant TBED organizations.

When not at Science Center, you can find Heath cooking (brisket recipes freely given), working out or figuring out how to get to Antarctica to complete all seven continents on his passport.