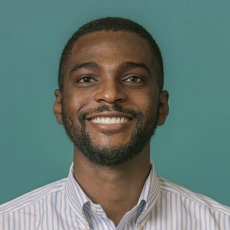 Before joining the Science Center, Garry created the First Founder’s Accelerator, an award-winning program empowering underrepresented entrepreneurs across the country. Garry holds an M.S. in Entrepreneurship & Design, and a B.S. in Exercise Science, from the University of Delaware. When Garry isn't at the Science Center, you can find him exploring Philadelphia with his dog, Phife.